Your Brain on Coffee 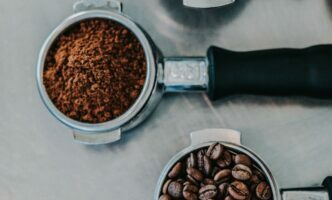 If you’ve read “Don’t Let the Memories Fade”, you may remember that several studies have shown that drinking coffee every day could help fight off dementia.

In one study, researchers looked at the caffeine consumption of 6,500 women aged between 65 and 80 and found that those who consumed more than 261 mg of caffeine a day had a 36 percent lower chance of getting dementia. That would be about three cups of coffee or six cups of black tea.

In another study researchers at Stanford found that caffeine can help lower inflammation, which in one way or another is behind most cases of Alzheimer’s and other chronic diseases. Older participants who drank more caffeinated beverages had less inflammation in their bodies. Subsequent laboratory tests showed that it was the caffeine that was protecting them.

So, a moderate amount of caffeinated coffee is, like tea, protective against dementia.

And in a review of 201 studies published in the British Medical Journal back in 2017, analysts found that moderate coffee drinking was associated with a lower risk of dementia. Fortunately, it wasn’t just dementia risk that was lowered. There is also a lower risk of Parkinson’s disease, depression, and cognitive disorders.

But note the word – MODERATE.

Another study published in the journal Nutritional Neuroscience in July 2021, revealed that high consumption of coffee can actually increase dementia risk.Researchers at the University of South Australia used a biomedical database in the U.K. to analyze habitual coffee consumption data on nearly four hundred thousand adults. They looked at the number of people who developed dementia and stroke, and also analyzed brain volumes among 17,702 members of the group using MRI scans.

But those who drank six or more cups of coffee per day had smaller brain volumes!

While we generally understand that the brain shrinks with age and that loss in volume has been linked to memory loss, those in the group of people who drank large amounts of coffee had significantly smaller brain volume even accounting for age and physical health. One theory espoused by the research team was that this could be caused by the dehydrating effects of coffee.

Additionally, these coffee drinkers had a 53% increase in the risk of dementia compared to those who drank one or two cups a day. So, what does this mean for you? If you drink more than five cups of coffee per day, you substantially increase your risk of dementia.

Could it be due to the dehydration caused by coffee, or is it some other mechanism? While it is hard to say “why”, if you want to do all you can to protect you brain, it’s best to drink four or fewer cups of coffee a day. And if you absolutely MUST drink more, be sure to drink an equal amount or more of fresh, pure water.

I also recommend drinking herbal teas that include anti-inflammatory components like turmeric or clove in place of some of that coffee. These can provide many more benefits to your brain – like greater blood flow and oxygenation.

Note: Chemically decaffeinated coffee is problematic, because when you add chemicals to any process, you’re adding hazards. Removing the caffeine also removes its neuroprotective benefits. If caffeine keeps you awake, try coffee that’s been decaffeinated using a water process rather than a chemical process. Choose organic if possible.

To learn more about the substances that can make your brain healthier, be sure to read and follow the Eight Weeks to a Better Brain program in “Don’t Let the Memories Fade”.